Have you ever heard of a Fish referred to as the Doctor? Never? Well, you’re in for a treat!

Known by many names, the toothless fish Garra Rufa from the Cyprinidae family of fishes’ genus Garra is a cyprinid species native to a wide range of freshwater habitats (rivers, streams, and canals) in subtropical parts of Western Asia. These tiny-sized fishes typically range from 7.87 cm (3.1 in) to 11.93 cm (4.7 in); however, regionally, some can go as big as 24 cm (9.5 in) in total length. They weigh approximately 5-9 lb (2.26-4.08 kg).

Garra Rufa is native to Turkey, Syria, Jordan, Israel, Palestine, Iraq, and Iran. The Kizil, Seyhan, Ceyhan, Orontes, Queiq, Jordan, Tigris–Euphrates, Kor, and Mond river basins are some of the central systems where the Garra Rufa can be found.

The Garra Rufa also lives in other coastal river basins in the Levant and Iran and the endorheic Lake Maharlu system. It can be found in rivers, streams, canals, reservoirs, ponds, and lakes but usually prefers to stay away from stagnant water.

On an average scale, the Garra Rufa may live up to four years which may vary according to the surroundings. Their lifespan is the same even when they are kept in an aquarium.

They have sharp scalpel structures on either side of the caudal fin. These fishes are laterally compressed and have diamond-shaped bodies with twee large eyes. 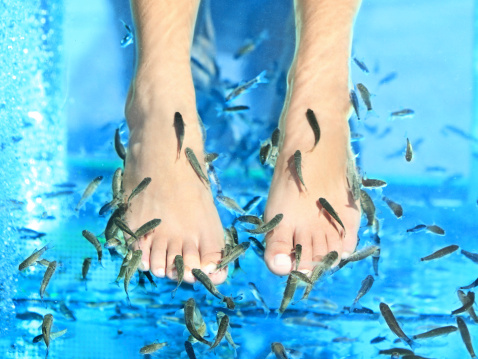 The discovery of Doctor Fish consuming dead skin took place in the 1800s within Turkey’s natural hot springs. They’ve been used to treat psoriasis, eczema, and a variety of other skin conditions since their discovery.

By 2006, the idea of using Doctor Fish for smoother, healthier skin had caught on, and the small fish had made their way into health spas across Europe and Asia.

Since then, several countries worldwide have had Doctor Fish facilities at spa resorts. In 2006, doctor fish spa resorts opened in Kangal, Turkey, Hakone, Japan, and Umag, Croatia, where the fish are used to clean the people bathing at the spa. In 2008, two well-known doctor fish pedicure services opened in Alexandria, Virginia, and Milwaukee, Wisnonsin, respectively.

Many pedicures typically involve removing dead skin using razors, but Doctor Fish provides a new alternative to that. Doctor Fish can remove those old dead cells that have migrated from the deep layers of your skin to the epidermis (the skin’s top layer).

Our skin usually sheds those dead cells after they’ve reached the epidermis; a new skin cell remains part of our skin for about a month before it flakes off, but what doesn’t flake away can interfere with the secretion of oil from your pores. Doctor Fish can help remove those dead skin cells aiding you in keeping your pores clean.

How does it Work?

Note that they can’t bite healthy skin as they are toothless fish. They can only use their lips to nibble at the dead, flaky skin.

The treatment usually takes about a 15-to-30-minute soak leaving your skin feeling soft and smooth in the aftermath. A regular pedicure then follows the footbath capitalizing on the treatment.

Some clients have described the sensation as ticklish, similar to the feeling you get when your foot falls asleep.

So why do these little fishes have an inclination to eat dead skin cells? The answer is that within the wild, Garra Rufa feeds on aufwuchs (tiny plants and animals that encrust rocks and other hard surfaces), things like detritus, algae, arthropods, and zooplankton.

These food sources are scarce in thermal waters leaving these hungry little fish desperate for anything to feed on. The stratum corneum (outermost layer of the epidermis) stands almost as a perfect replacement by offering a buffet line filled with dead skin cells ready for eating.

The benefits of fish pedicures include reduced callouses, smooth skin on the feet, and exfoliation of dry skin and rough patches. This treatment could also treat and absorb corns and bunions along with other bacterial infections. In addition to that, this therapy is also proven to relieve eczema and psoriasis.

It is also said that the feeding action of the fish stimulates pressure points within the feet, producing a relaxing sensation and aiding different areas of the body that corresponds to whichever reflexology point the fishes hit.

They are not at all dangerous; they are helpful to human beings. The Garra Rufa is a prolific fish that is highly healthy for humans. It addresses various skin problems in humans, but experts advise against eating this fish species because it can lead to poisoning in humans.

There are a number of Fish spas/destinations where you can get this treatment but none of them are as pristine and have made such an impact on its local tourism as much as the Phi Phi islands.

The Phi Phi Islands is an archipelago of 6 islands off Thailand’s Andaman Coast that consist of two main islands Koh Phi Phi Don and Koh Phi Phi Leh. The Phi Phi islands have multiple tourist destinations you can experience and enjoy together with the fish spas plan your trip to Koh Phi Phi now.

These fish have been used for centuries to treat minor skin ailments in countries such as Turkey, but as with all good things, nothing comes without its risks.

Although the fish cannot bite you because they lack teeth, there is a chance that minor bleeding will occur at the site. For people with any specific skin condition, you should consult your doctor before undergoing doctor fish treatment if you have any chronic skin conditions.

Fish safety; make sure that they follow the correct procedure of a complete treatment. The pedicure should come after the treatment, as the fish could get exposed to unwanted chemicals used in the pedicure.

There is also the topic of sanitation; research and review the specific spa to which you plan to undergo the treatment before committing to it. Make sure they are certified and have a license to administer the treatment. Licensed spas are checked for several things such as frequency of aquarium cleaning, fish care, etc. 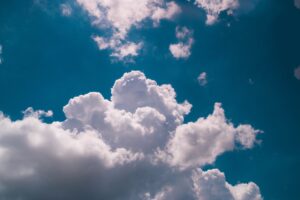 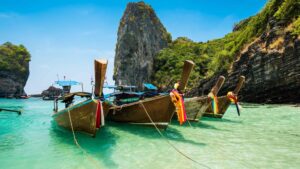 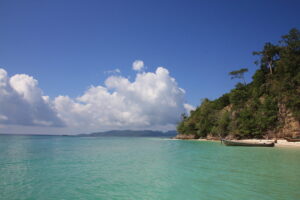 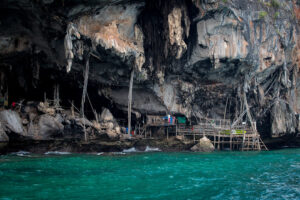 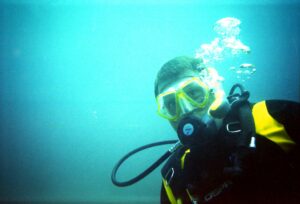 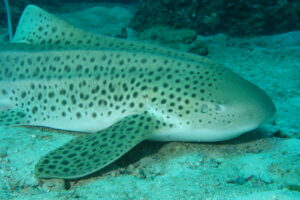 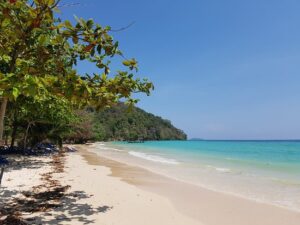 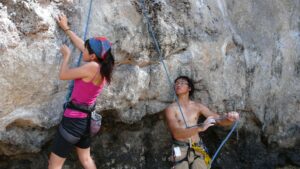 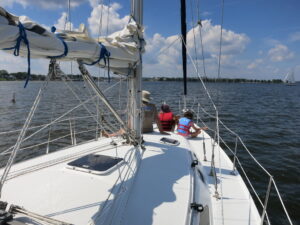 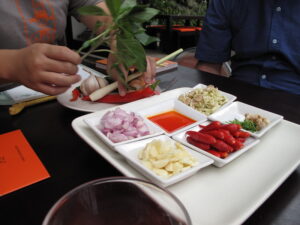 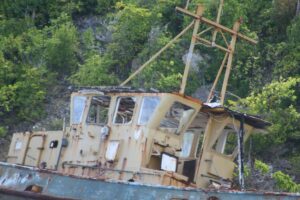 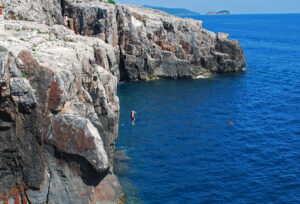 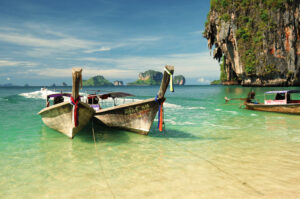 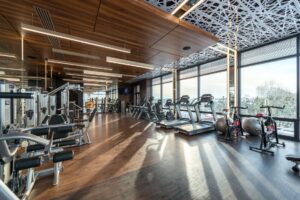 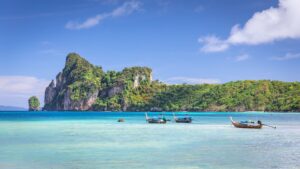